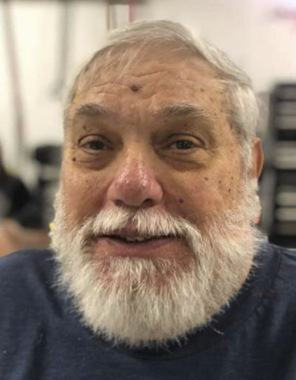 Back to William's story

WEST TERRE HAUTE - William L. (Bill) Hay, 67, of West Terre Haute, IN, was called home Thursday, January 2nd, 2020 to be with the Lord.
He was born Dec. 16th, 1952 in Terre Haute, IN, to Ada Jane (Higginbotham, Hay) Lemmons and Ernest A. Hay.
Bill was preceded in death by his parents; his stepfather, Henry L. Lemmons; brothers-in-law, Harvey R. Neice and Joseph Ayala; and nephew, Timothy H. Hay.
Bill attended West Vigo High School and graduated in 1971, joined the US Army and served from 1972-1980. He then joined the US Navy; Bill was assigned to the USS Midway and held the position of electronic warfare technician and computer specialist during the Tehran Hostage Crisis. Bill got to travel all over the world during his military career and shared his adventures with his family.
Bill attended Ivy Tech and earned his associate's degree in computerized accounting in 1992 after leaving the Navy.
During Bill's post-military years he worked for Conrail Railroad, Don Stephens Excavating, Columbia House and Walmart before he retired.
Bill's biggest joys in life were spending time with all of his family, attending and watching St. Louis Cardinals baseball, Notre Dame football and Green Bay Packers football. He was an avid history buff, reader and movie buff. When it came to history or sports, Bill was a walking encyclopedia.
Bill is survived by his loving siblings, Linda Ayala of Terre Haute, Tim (Somi) Hay of Cibilo, TX, Nancy Neice of West Terre Haute, and Irene (Donn) Yarbrough of Terre Haute; nieces, Tina (Mike) Dean of Hope, IN, Lititia Morris of Terre Haute, Jane (Bill) Hann of West Terre Haute, Cathy (Mino) An of Covington, WA, and Michelle (Ryan) Shields of Terre Haute; nephews, Harvey (Dawn) Neice of Terre Haute and D.J. (Tiffany) Yarbrough of Terre Haute; and also many great nieces and nephews.
Graveside services with military honors will be held January 15th, 2020 at 1:00 PM in Bethesda Memorial Park in West Terre Haute, IN. There will be a celebration of life for Bill to be held later.
Services provided by Fitzpatrick Funeral Home of West Terre Haute, IN, with Pastor Chris Wilbur officiating.
www.fitzpatrickfunerals.com
Published on January 14, 2020
To send flowers to the family of William L. Hay, please visit Tribute Store.

Send flowers
in memory of William