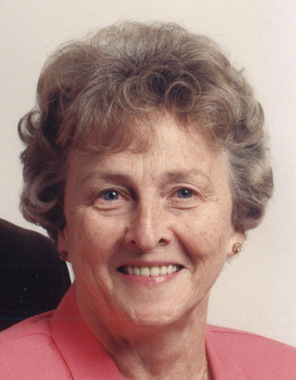 Back to Vera's story

Vera L. Rollings, 91 of West Terre Haute, passed away at 3:30 AM on Sunday, December 8, 2019 at Signature Healthcare. She was born in West Terre Haute on October 24, 1928 to William Norton and Leslie Schaffer Norton.
Vera was a hairstylist and had a beauty shop in her home for many years. After she retired, she babysat in her home for many years. She was a member of First United Methodist Church in West Terre Haute where she taught Sunday School for over 20 years and also volunteered at Providence Food Pantry.
Vera is survived by her husband Richard L. "Lefty" Rollings whom she married November 8, 1947. Also surviving are their three children, Jane Deal of West Terre Haute, Martha Haggard (Frank) of West Terre Haute, and Gary Rollings (Jacki) of Mattoon, IL; grandchildren Amy Eickmier, Alexandra Rollings, Richard Harrison Rollings, Jon Haggard, Lesli Marnewick, Kalee Deal, Sarah Rodgers, and William Levi Rollings; as well as several great-grandchildren and several nieces and nephews. She also leaves behind her sisters-in-law, Shirley Pickett, Carolyn Blair (Don), and Joan House, as well as Amy Hunter Barbour and Chad Hunter who were like family. She was preceded in death by her parents, her son Don Rollings, a brother, James Norton, and son-in-law Bob Deal.
Funeral services for Vera will be held at Fitzpatrick Funeral Home, 220 North 3rd St., West Terre Haute, Indiana on Thursday, December 12, 2019 at 10:30 a.m. Visitation will be held on Wednesday, December 11, 2019 from 4:00-6:00 p.m. and on Thursday, December 12, 2019 from 9:30 a.m. until service time. Pastor Ed Gladish will be officiating; burial will be in Bethesda Cemetery. In lieu of flowers, the family welcomes donations to the Providence Food Pantry. Envelopes will be available at the funeral home.
Online condolences can be left at www.fitzpatrickfunerals.com
Published on December 9, 2019
To plant a tree in memory of Vera L. Rollings, please visit Tribute Store.

Plant a tree in memory
of Vera

Angela Rollings
Sorry for you loss.
View all