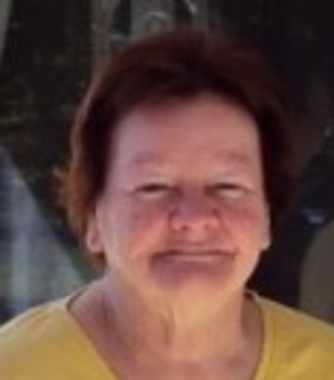 Back to Susan's story

BRAZIL - Susan Ann Borders passed away Sunday, December 8, 2019 at Cloverleaf Health Care in Brazil, Indiana. She was born in Jasonville, Indiana, on September 13, 1943 to the late Francis and Freda (Gates) Borders.
Susan graduated from Jasonville High School in 1961. She worked as a waitress and then later went to General Electric.
Susan loved working outdoors and could always be found with a book in her hands. She also enjoyed being around animals. More than anything though, she loved spending time with her grandson Maddux. Susan was preceded in death by her brother George Borders.
Survivors Include her daughter Stefane (Phillip) Borders Whaley; brothers Carl (Jean) Borders, James (Cheryl) Borders, Rowdy (Wendy) Borders and Scott (Sandy) Borders; sisters Nettie Haskell, Delores Clay, Juanita (Darrell) Walker, Terry Cobia and Jerry Saude; and grandson Maddux Whaley.
Moore Funeral Home in Brazil was entrusted with Susan's cremation arrangements. She will be laid to rest at Maple Grove Cemetery. The family asks that, in lieu of flowers, donations be made to your local humane society. Condolences may be expressed at:
www.moorefuneralhomes.com
Published on December 9, 2019
To plant a tree in memory of Susan Ann Borders, please visit Tribute Store.

Plant a tree in memory
of Susan

Amanda Caddell Cox
Stef- so sorry to hear of your loss. Your mother was a wonderful woman, I have great memories of the times spent at your house, she will always be remembered fondly. You’re in my thoughts and prayers!
Love,
Mandy
Mark May
I am so sorry for your family’s loss. We sure miss Susan living next door. We have some great memories.
View all