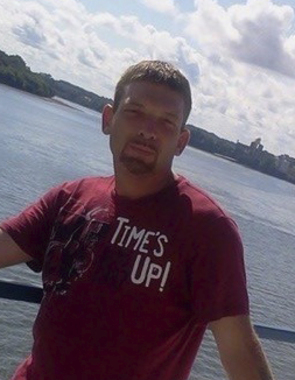 Back to Ronnie's story

TERRE HAUTE - Ronnie DeWayne Arndell, 44, of Terre Haute, Indiana, passed away January 13, 2020. He was born July 19, 1975, in Greenville, Kentucky to Danny Arndell Sr. and Norma (Haley) Arndell.
Ronnie worked at Kentucky Fried Chicken as a cook. He was a family man, and a hard worker. Ronnie loved the outdoors, fishing, hunting, and cars.
Ronnie is survived by his wife Robin (Padgett) Arndell; children Jessica Bailey Arndell, Joshua Arndell, Jacob Arndell, Jonah Arndell, James Lopez Jr., Brandy Lopez, Levi Lopez, and Peyton Lopez; many grandchildren; former wife Kelly Arndell; and siblings Josh Ester and Danny Arndell. He is preceded in death by his parents and brother Patrick Arndell.
Funeral services are scheduled for Friday, January 17, 2020, at 1:00p.m. in Greiner Funeral Home, 2005 North 13th Street, Terre Haute, IN 47804. Visitation will be at the funeral home on Friday, from 11:00a.m. until service time. Online condolences may be made at:
www.greinerfuneralhome.com
Published on January 15, 2020
To plant a tree in memory of Ronnie Dewayne Arndell, please visit Tribute Store.

Plant a tree in memory
of Ronnie

A place to share condolences and memories.
The guestbook expires on April 14, 2020.

Robin, I am so sorry for your loss💕