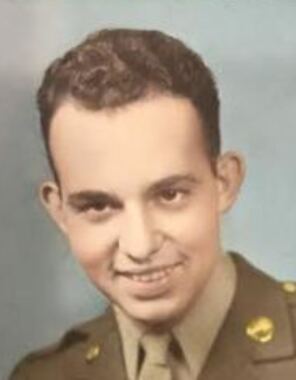 Bob was born November 6, 1925 to parents Charles P. and Anita J. Schwindy and died on February 10, 2020.
Married for 49 years, Bob was preceded in death by his wife Norma Jean in 1995. He is survived by his three sons, Randy and his wife Patti; Todd and his wife Julie; Jerry and his wife Sandy; six grandchildren and four great-grandchildren.
Bob graduated with the class of '43 from Wiley High School and attended classes at Rose-Hulman Institute of Technology, before WWII interrupted his studies. He was stationed in Italy as a Staff Sergeant in the Army.
Previous employment included ISU, Case Company, Union Carbide, and Visqueen. Throughout his life he held memberships in several engineering organizations.
Bob will be buried next to his beloved wife at Roselawn Cemetery in Terre Haute. Visitation will be held at DeBaun Funeral Home, Springhill
Chapel on February 17, from 9:00 AM - 11:00 AM with funeral services starting at 11. In lieu of flowers, donations may be made to the American Heart Association (www.heart.org/donate) or to the Lewy Body Dementia Association (www.lbda.org/donate).
Online condolences may be left at DeBaunfuneralhomes.com
Published on February 14, 2020
To send flowers to the family of Robert Charles Schwindy, please visit Tribute Store.

Send flowers
in memory of Robert

A place to share condolences and memories.
The guestbook expires on May 14, 2020.