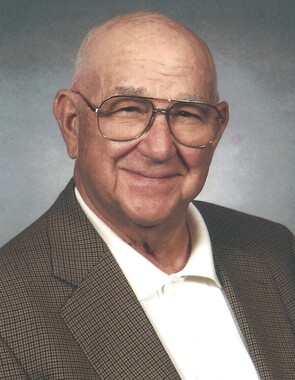 BRAZIL - Robert H. Britton, 89, lifelong resident of Brazil, Indiana, passed away on December 7, 2019, at Cloverleaf Health Care, where he had been living for the past year.
Bob was born on September 1, 1930, in Brazil, Indiana, the son of Robert L. Britton and Sarah Ellen "Ella" (Plummer) Britton.
He graduated from Brazil High School. Bob worked for Arketex Clay in Brazil following high school. He enlisted in the United States Marine Corps in 1951 and was honorably discharged 3 years later as a sergeant.
He married Peggy Morlan on May 31, 1952. Together they had 2 children Michael and Debbie. After coming home from the Marine Corps he enrolled in Indiana State Teachers College where he earned a master's degree in education. Bob taught math and industrial arts, and coached freshman football with Clay Community Schools. In addition to being a teacher, Bob was a Certified Electrician.
He married Mary Lou (Somheil) Cox on July 2, 2006.
Bob was a member of Berea Christian Church where he served as an elder and Sunday school teacher for more than 40 years and mentored many young men over the years.
Bob enjoyed fishing, hunting, bowling, golfing, woodworking, and traveling.
He is preceded in death by his parents Robert L. and Sarah Britton; his wife of over 50 years Peggy (Morlan) Britton; a brother Bill Britton; and a sister in infancy; mother-and-father-in-law Bert and Edith Morlan; and sister-in-law Sue Morlan.
He is survived by his wife Mary Lou Cox Britton; a son Michael Britton and wife Gina of California; a daughter Debbie Harrah and husband Jerry of Brazil; grandchildren Jamie Lay (Chris), Kelly Emilianowicz (Andy), Kari Hood (Mike), Aaron Britton (Carin), Breanna McMahan, and Megan Dyer (Chris); great-grandchildren Callen, Brantley, Jaxon, Michael, Trista, D.J., and Brady; stepchildren Jacque Summers (Nathan), Angela Kowitz, and Chuck Brush (Sheri); and brother-in-law Don Morlan; as well as many extended family members and friends.
Visitation will be at Lawson-Miller Chapel, 1702 E. National Ave., Brazil, IN 47834, on Wednesday, December 11, 2019 from 4:00 to 8:00 p.m. Services will be at the funeral home, on Thursday, at 11:00 a.m., with Pastor Chris Howell officiating. Burial will follow at Summit Lawn Cemetery. In lieu of flowers, donations may be made to the Berea Christian Church Missions Fund, 1995 W. County Rd 800 North, Brazil, IN 47834' or Herald of His Coming, 730 E. Mechanic St., Brazil, IN 47834.
To light a candle in his memory, visit:
www.frenchfuneralhome.com
Published on December 8, 2019
To plant a tree in memory of Robert H. Britton, please visit Tribute Store.

A place to share condolences and memories.
The guestbook expires on March 07, 2020.

Chad Timberman
Rest in peace mr.b you were a great person and an awesome shop teacher.you will be missed by many.
Shirley Hudson Brown
I was so sorry to hear you are no longer with us. I'm so thankful I have wonderful memories of our friendship. We were neighbors for many years. You and Peggy and George and I had a lot of good times together when we were dating. You will now be reunited with your family and be in peace.
View all