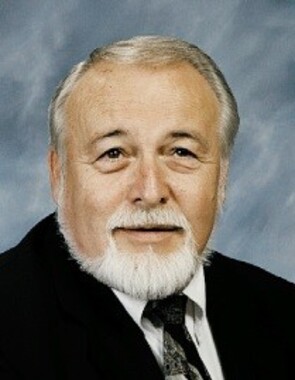 Back to Reverend Terry's story

Reverend Terry L. Chandler went to be with the LORD on February 5, 2020 peacefully at home in his sleep. He was born in Paoli, IN on November 30, 1946. He is survived by his loving wife, Judith Ann (Owen) Chandler. They were married for 54 years. He is also survived by his son, Scott (Janet) and a daughter, Michelle Lee (Brian). His son and daughter blessed him with several grandchildren and great-grandchildren. Brittaney Seaton (Jimmy), Kristen Padgett (Ryan), Heather Culler, Ethan Chandler (Sarah), Jessice Weil (Bobby), Cody Chandler (Shelby), Jacob Lee, Caitlyn Chandler, Hannah Lee, Josh Lee, Caleb Chandler, Haley Lee, Jackson Chandler, Jonathan Lee. Great-grandchildren, Brooklyn Wilson, Ryan Jr., Hunter, Landen, and Carolina Padgett, Branden and Benjamin Culler, Aaliyah and Avalynn Weil and Weston Chandler.
Terry was a barber for 48 years and a pastor for 31 years. He served at Coal City, Beech, Shelburn, and Longs Chapel United Methodist Churches.
Terry enjoyed vacationing with his wife in the Smokey Mountains in Tennessee riding their Goldwing. He enjoyed fishing and spending time with family. Terry loved all his grandchildren and great-grandchildren and enjoyed watching all the activities they were involved in. He especially enjoyed quarter midget racing. On Saturdays you could find him at the THQMA track watching the kids race. What he wanted most in his life was that all of his family and friends would come to know the Lord so we can all be reunited when Jesus returns.
There are no services scheduled as was his request. However, there will be a celebration of life on February 16, 2020 from 1-4 p.m. at the Graysville United Methodist Church, Graysville, IN., where he was currently serving. Arrangements are under the direction of Fitzpatrick Funeral Home, 220 North 3rd St., West Terre Haute, IN.
Online condolences can be left at www.fitzpatrickfunerals.com
Published on February 7, 2020
To send flowers to the family of Reverend Terry L. Chandler, please visit Tribute Store.

A place to share condolences and memories.
The guestbook expires on May 07, 2020.

Remember Terry going to school together in Indianapolis. Wonderful friend and always friendly. Gone from your sight but never from your heart. He’s rejoicing as he walks the Golden streets and mingles with so many wonderful people & friends and family. Blessing to you his family - just remember where Terry is and it will get you through each day and time forward.
In His Love and Service
Pastor Sandy

Mandy Harbrueger
Terry was a customer of mine at First and I always enjoyed seeing him. He was one of my favorite people to wait on. He always had a smile and a hug for me. I’ll miss him dearly. He was a good man. Prayers for his family during this time.
Marijune Burton

Judy, I am thinking of you these mornings, and remembering our time together on my 'walk' when you were the director.
I pray and know God is leading you through this time of Terry's passing.
I learned lessons from Terry, also, on the Emmaus walks.
Thank you for your service to the Lord.

Wade Turner
I knew Terry Chandler as a fine Christian man and as pastor at Shelburn UMC. He was a true disciple of Christ, lived a long life, and has his reward with the Lord. My prayers and condolences go to Judy and family on his passing . God bless.
Sharon James
Judy, Michele and Scott and families...
Your family is so special to us! I am sooo sorry for your loss. Terry s at home with Jesus enjoying heaven as we will some day! Remembering “Hey Dude”, hair cuts and all the little things. Judy baby sitting, Michele baby sitting , Scott’s wedding and so many get togethers with Steve and Linda, Myron and I and Terry and Judy!
You are in my prayers! Love you all. My go to verse when Myron died was Isaiah 41:10.
Bob Levy
Terry and I shared our lives as he "styled" my hair from his early days at Honey Creek to his last days at Southland. I estimate we spent 240 hours together, to which I always looked forward sharing our lives and especially our children and grandchildren's progress. I especially admired his study toward and dedication to his service as a United Methodist pastor.
View all