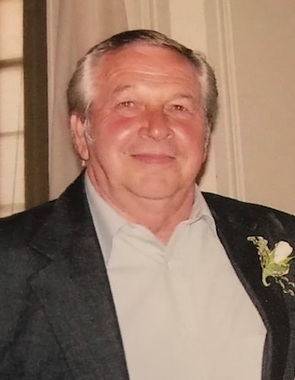 Back to Mitchell's story

Mitchell "Mick" Eugene Lankford, 78, of Terre Haute, passed away on February 11, 2020 after a courageous battle with cancer. He was born April 6th, 1941 in Terre Haute, Indiana to James Lee Lankford & Hermine "Bays" (Lankford) Corbin. He enlisted as a United States Marine in June of 1958, at the age of just 17 years old. He served until March of 1962. He then transferred to the Marine Reserves until June of 1964. He was a local business owner of Lankford Excavating, LLC along with his three sons. He was a race car hobbyist, avid mushroom hunter & above all, a loyal family man. He married the love of his life, Glenda Louise Stark on December 16th, 1961 in Las Vegas, NV. It was at that point that he gained another family in her's and would soon after start their own family. Together, they would raise 3 sons, move across country, and before you know it, become grandparents - and even great-grandparents enjoying all that life has to offer.
Surviving are his beloved wife, Glenda Lankford of Terre Haute; a son, Terry Lankford (Linda) of Terre Haute; a son, Donald Lankford (Gaynell) of Terre Haute; Robert Lankford (Becky) of Terre Haute; a granddaughter, Ashlea Garofola (Aaron) of Louisville, KY; a granddaughter, Terri Ocheltree (Kyle) of Terre Haute; a grandson, Donnie Lankford of Terre Haute; a grandson, Mitchell Lankford of Terre Haute; a granddaughter, Brittany Fagg (A.J.) of Terre Haute; all of his great-grandchildren, Mackenna, Allayna, Mason, & Landon Garofola; Ava Ocheltree; Macie Lankford; Kinley, Kamden, & Kolson Fagg; & Don and Gaynell Lankford's children and grandchildren; half brother Paul Corbin of Terre Haute; sister-in-law, Thelma Reynaga (Peter) of Encinitas, CA; brother-in-law, Terry Stark of Carlsbad, CA; and several nieces and nephews that remained close to his heart.
He was preceded in death by both of his parents; his mother-in-law, Hannah (Stapley) Ferguson; father-in-law, Ralph Ferguson; stepmother, Bettie Lankford; sister Sharon Vorhees; and half brother James Lee Lankford, Jr.
Mick was loved & respected by all who knew him and his legacy will live on through his family. His wish was to be cremated. A visitation will be held on Saturday, February 15th at DeBaun Funeral Home from 3:00 p.m. to 4:00 p.m. and a celebration of his life immediately following at 4:00 p.m.
Online condolences may be made to www.debaunfuneralhomes.com
We all love you, Poppy Mick - until we see each other again.
"How lucky I am to have something that makes saying goodbye so hard." -A.A. Milne.
Published on February 12, 2020
To send flowers to the family of Mitchell Eugene Lankford, please visit Tribute Store.

Send flowers
in memory of Mitchell

A place to share condolences and memories.
The guestbook expires on May 12, 2020.

Peggy Blakley
Ny deepest condolences to the family! My favorite memory of Mick was that infectious smile! He had a smile for everything and everyone. One of my favorite memories of Mick was when he took me mushroom hunting and found gazillions! You will certainly be missed my friend. Rest in peace.
Brittany Fagg
You were the best man I have ever know. You made sure all your grandkids and great grandchildren knew how much you loved them and we all adored you as well. We all love and miss you so much Grandpa Mick and today is going to be hard. I can’t wait to see you again some day, you were truly the best ❤️
Ashlea Garofola
I love you Poppy Mick! Until we meet again.
Raymond Bays
I will miss him alot. He was a great cousin and friend.
Juanita Minick
My condolences to the family. Prayers for comfort & strength during your time of need.
Walt and Pat Phillips
Sorry to hear this and wish we could come. But we was in a bad wreck. An reslly bangedup
You are in our thoughts and prayers. Huhs. Love and prayerd to you all
Annette Powell
May God give you peace and comfort during this most sad time. I will continue to keep you in my prayers.
Gloria Montano
My deepest condolences to the Lankford Family and extended family. May he rest in peace.
Rebecca

I am so sorry for your loss. May God comfort you in this time and may you find peace within each other...

Thelma Reynaga
You will always be in my heart! Until we meet again! You were the best brother any one could ask for.
View all