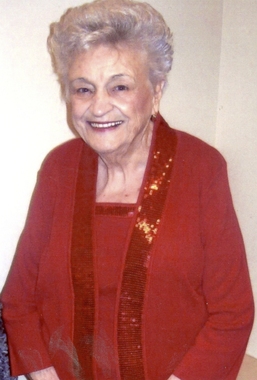 Back to Mary's story

Mary Lou Saikley, 98, of Terre Haute, passed away Thursday, February 13, 2020 in Springhill Village surrounded by her family. Mary Lou was born in Borton, IL on December 20, 1921 to Ralph Dudley Ford and Iva Knight Ford. She was a member of St. George Orthodox Church where she sang in the choir, Sunday School Superintendant and was the Treasurer of the Ladies Society as well as a founding member of Loving Care Project, an organization to help orphaned Palestinian children. She was a lifelong member of Beta Sigma Phi where she made lifelong friends. She was also a volunteer at Union Hospital up until age 90, when she made the decision to retire. She was a volunteer at Clara Fairbanks Center for women from inception. She and her husband were the owners of Abe Saikley's Market. During World War II, Mary Lou worked for the Terre Haute Ordinance for the War Effort, during that time she made many lifelong friends. Mary Lou was preceded in death by her parents; her siblings, Wayne Ford (Bessie), Irma Austin (Chuck), John Ford (Florence), Charles Ford (Virginia); and a special niece, Linda Austin. She was preceded in death by her husband, Abraham Saikley on April 2, 1993. She is survived by two daughters, Susan Hester and her husband Dan of Terre Haute and Abbie Small and her husband Jeff of Tucson, AZ. She is survived by one son, C.R. Saikley and his wife Alexandra of Alameda, CA. She is survived by grandchildren Livia Scott (John), Nicholas Hester (Jody), Caroline Fields, Jessica Trezise (Matt), Jared Small, Abraham Saikley and Nicholas Saikley. She is survived by nine great-grandchildren and several nieces and nephews. Services are Tuesday, February 18th, 2020 at 1:00 p.m. at St. George Orthodox Church, 1900 South Fourth Street, Terre Haute, IN 47802. Visitation will be on Monday, February 17th from 4:00 p.m. until 7:00 p.m. at the church, and from 12:00 p.m. noon to services on Tuesday. Trisagion Prayers will take place at 7:00 p.m. on Monday following visitation. Reverend Paul Fuller, Reverend Anthony Yazge and Deacon Elias Corey will be officiating. Burial will be at Roselawn Memorial Park. Greiner Funeral Funeral Home was entrusted with arrangements. The family suggests that in lieu of flowers that contributions be made to St. George Orthodox Church, envelopes will be available at the church. Online condolences may be made at www.greinerfuneralhome.com
Published on February 14, 2020
To send flowers to the family of Mary Lou Saikley, please visit Tribute Store.

Send flowers
in memory of Mary

A place to share condolences and memories.
The guestbook expires on May 14, 2020.

Carol J Oliver
Susie, I am so sorry to read of your mother's passing. I lived two houses south of Saikley's grocery store. I have so many fond memories of the neighborhood and visiting your dad's store usually to get milk for my mom. I went by the name "Jane" back in the day. We played in the small storeroom in the back of the store which had lots of boxes.
Ruth Itamura
I will always remember Mary Lou. She was an excellent Mother, friend an a hard worker. I taught two of her children and they were a delight to have in my classroom. I hope to make it to the viewing. I will be in Indianapolis most of the day but hope to shorten my trip to be able to pay my respects and to see the family.
Love, your CHICH family

Your Light Shines was purchased for the family of Mary Lou Saikley by Love, your CHICH family.  Send flowers

Sue Purcell
So sorry to read this...I have spent many hours enjoying Mary Lou’s company around a card table playing Pinochle and Hand and Foot. May she Rest In Peace. My deepest sympathy to her precious family.
The Best Vest Buddies

Sweet Solace Spray was purchased for the family of Mary Lou Saikley by The Best Vest Buddies.  Send flowers

Sue McMullen
I’m so sorry to hear of Mary’s passing. She was quite the lady with endless energy and a wonderful neighbor. She loved her card games with her lady friends and will be sadly missed.
View all