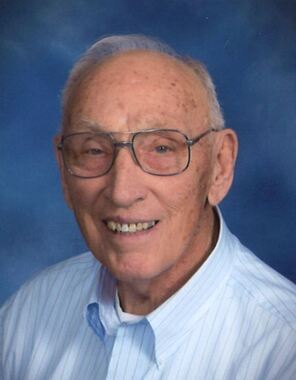 Back to Leonard's story

Leonard Rostek, 96, of Terre Haute, died January 11, 2020. He was born October 20, 1923 in Decatur, IL to Emil Rostek and Margaret Reich Rostek. He married the former Helen Olson on August 24, 1947.
Leonard is survived by his children, James Rostek (Colleen), and Deborah Foulke (Randall); grandchildren, Amy Didriksen (Dan), Becky Edwards (J. K.), Michael Rostek (Stacey), Sarah Foulke, Lisa Foulke, Laura Foulke, and Jared Foulke; and nine great-grandchildren. He is also survived by a sister-in-law, Mary Jo Rostek, and many nieces and nephews. Leonard was preceded in death by his wife of 56 years, Helen Olson Rostek; by his parents; and by his siblings, Eleanor Hoff, Emil Rostek, Jr., Thelma Kennedy, and Wayne Rostek.
Leonard was a 1941 graduate of Gerstmeyer Technical High School where he lettered in basketball, football, and track. Upon graduation, he worked for the Pennsylvania Railroad, which later became the Penn Central and then Conrail. At the outbreak of World War II he joined the Navy and served in both World War II and Korea. Leonard was a locomotive engineer for 42 years, and had nearly 40 years of active and reserve duty with the Navy. After retirement he joined the Retired Railroadmen's Association and the Fleet Reserve Association. He served in several capacities, including as president of both associations. He was a member of World Gospel Church for over 50 years.
Funeral services for Leonard will be held Monday, January 20, 2020 at 2:00 p.m. at Callahan & Hughes Funeral Home with Pastor Alfy Austin officiating. Friends may call prior to services from 12:00 noon - 2:00 p.m. Burial will be in Mt. Pleasant Cemetery with military honors by V.F.W. Post #972. In lieu of flowers, donations may be made to World Gospel Church or Hospice of the Wabash Valley.
www.callahanandhughes.com
Published on January 16, 2020
To plant a tree in memory of Leonard Rostek, please visit Tribute Store.

Plant a tree in memory
of Leonard

Becky Lowe Steele
I wanted to send my condolences to the family. My father Don Lowe was good buddies with Leonard. They worked on the railroad together, were the same age, and attended the retired railroad meetings together. My father passed away last August.
Betsy Frank
We will miss him at the gym. I am sorry I just got back from out of town so I couldn’t be there. He was a good soul.
David and Carol Harrah
We loved having your dad for a neighbor on Hollowbrook Court. He always shared his produce from his garden, and was so kind to our grandsons . He touched our lives in a special way. We extend our deepest sympathy to each one of you. We know you will cherish the numerous memories you have of your father/grandfather.
Pamela Blesch
I will always remember greeting your dad whenever we were at World Gospel Church. He was always such a gentle soul and loved talking about his kids and grandkids. I am sure he will be missed. May God give you peace as you remember his long life and the blessing he was to you.

Blessings. Pam (Froderman) Blesch
HM1 Michael W Kemp
I had the privilege of serving with Master Chief Rostek. I ran into him a few months ago, as he was enjoying morning coffee with his friend at Burger King. We talked awhile, and it was good to see him again. He was a good man, and I'm sure he'll be missed. My condolences to all. Fair Winds and Calm Seas Master Chief.
Donald & Peggy Watkins
Please accept our sincerest condolences on the loss of your beloved Leonard. May loving memories give you peace, comfort and strength. May Shipmate Leonard always have "Fair Winds and Following Seas"

Peggy Watkins
LA FRA Regional President North Central Region
Donna Huxel
Please accept my sympathy on the passing of your Dad. He worked with my Dad and after Dad’s retirement Leonard would take Dad to the monthly retirees meetings. Leonard would stop to visit my parents. He was a kind person , friend, and gentleman.
View all 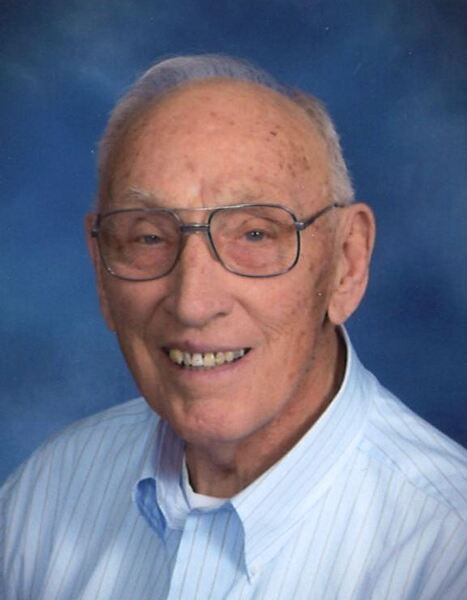