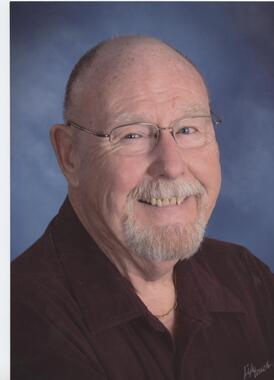 Back to Kenneth's story

Kenneth L. Kenworthy, 82, of Terre Haute, passed away Sunday, February 9th, 2020 at Harrison's Crossing. Ken was born January 30, 1938 in Howard County, Indiana, to Leslie Harold Kenworthy and Mary May Dunlap Kenworthy.
Ken was retired from Public Service Indiana (Duke Energy) as a customer service supervisor. After retirement, he had worked for Union Hospital in financial management and for the Elks Club of Terre Haute.
He was a member of Mt. Pleasant United Methodist Church where he was a member of the Men's Group and enjoyed operating the sound board. He was a member of the Lions Club and the National Association of Accountants. He enjoyed woodworking, eating out, making latch hook rugs, and loved music, movies and travel, especially with his best friend, Pete Philhower, who preceded him in death. He cherished his friendships and most importantly his relationship with his children and Jesus Christ.
Ken was preceded in death by his parents; and two sons-in-law, Galen Fulk and Tracy Crabb. He was also preceded by grandchildren, Christopher Fulk, Tiffany Crabb and Sean Judd. He is survived by his beloved wife and mother of his children, Nancy Kenworthy. He is survived by one son, Scott Kenworthy and his wife Debbie of Terre Haute. He is survived by three daughters, Teresa Fulk, Kelly Crabb and Cynthia Judd and her husband Robert, all of Terre Haute. He is survived by one brother, Wayne Kenworthy and his wife Annie of North Fort Myers, FL. He is survived by grandchildren, Colleen Fulk, Joe Crabb (Krisi), Robert Judd (Daniel Richmond), Emily Judd, Dustin Judd, Steven Kenworthy and Aliesha Hathcock. He is survived by great-grandchildren, Damien, Lilly, Zoey, Eli and Mya; as well as several nieces and nephews.
Services are Thursday, February 13th, at 1:00 p.m. at Greiner Funeral Home, 2005 North 13th Street, Terre Haute, IN 47804. Visitation will be from 4:00 until 8:00 p.m. on Wednesday, February 12th, and from 11:00 a.m. until service time on Thursday, all at the funeral home. Pastors Aaron Wheaton and Monte Vincent will be officiating. The family suggests that in lieu of flowers that contributions be made to Mt. Pleasant United Methodist Church; envelopes will be available at the funeral home. Burial will be at Mount Pleasant Cemetery. Online condolences may be made at:
www.greinerfuneralhome.com
Published on February 10, 2020
To send flowers to the family of Kenneth L. Kenworthy, please visit Tribute Store.

Send flowers
in memory of Kenneth

A place to share condolences and memories.
The guestbook expires on May 10, 2020.

Bill Denehie
I remember meeting Ken so many years ago when he was office supervisor in Aurora Indiana. That was back in the days when PSI had 51 offices to serve our 69 counties. He was so well respected at every position he held with our company.
RIP Ken.
Ken & Tina Michael
Michelle Rodriguez
Rip uncle Kenny. Even tho you wasn't my blood uncle, I still loved you like you was. Love and miss you.
Wayne Kenworthy
I just want to extend my condolences to the family of my big brother Kenneth Kenworthy. Since unable to be there because of medical issues with my wife Annie.
Mr and Mrs Wayne Kenworthy / Granddaughter Tina Hernández
Chuck Davis
Ken, It has been a long time since we worked together on North Main St in Kokomo and served together in various capacities at PSI.....you were always a good man and a happy person. Godspeed Ken.
Kathleen Moats
My condolences to the family. I enjoyed being with Ken during his stay at Southwood Healthcare. He was such a pleasure to be around. He always had a smile on his face and a great sense of humor. Peace to Ken and his family.
Jodie Philhower
Kelly, Terri and family,
Ken was part of our family for 25 years, and he was there for my dad and our family through the good, and the not so good. Through it all we laughed, and sometimes cried. He was so good to all of us. I’ll never forget shopping for an air conditioner with Ken and my brother. They were so excited about the remote. (They could not understand my lack of interest.) When we got back to the house it almost went out the window, my brother went after it, and Ken grabbed him by the shirt. I heard the commotion and went upstairs to see Ken and my brother looking frazzled and heard my dad saying “”well that was a little exciting.” There were chocolate chip cook...ies all around after that!! I’ll never forget Bentley and how your dad doted on him. Or the time Ken came to Minneapolis with my dad to help me with a home project. I don’t think it was a project unless they went to the hardware store three times. Most of all I’ll remember how much he loved and adored his family. He was so proud of you all, and always spoke lovingly of his grandchildren. I so enjoyed hearing about your get togethers. Ken was a true gentleman and always had a smile for everyone. I will miss him. My love and prayers are with you. Your dad was one of the good ones. Love and hugs,
JodieRead more
Kenny & Lorie Chaney And Bill & Ann Nash

Garden To Go Basket was purchased for the family of Kenneth L. Kenworthy by Kenny & Lorie Chaney And Bill & Ann Nash.  Send flowers

Bob and Peg Campbell
So very sorry for your loss. May God the Father send comfort and peace to all the family.
John Smith
One of the kindest men I've ever known. Rest in peace, my friend. I will see you on the other side.
View all