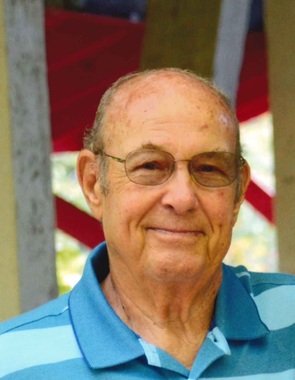 Back to Jerry's story

Jerry A. Wright, 81, of Marshall, Indiana, passed away December 13, 2019. at Ben Hur Health & Rehabilitation in Crawfordsville. Born August 16, 1938 in Vermillion County, he was the son of Chloral and Mildred Reed Wright. He married Marlene Harper on March 24, 1958 at Salem Church near Hillsdale. They were blessed to have been married for 55 years before her passing on December 20, 2013.
Jerry graduated from St. Bernice High School in 1955, he moved to Parke County in 1960 and worked for Funks Seed and Overpeck Gas Company through the '60s. He then farmed full-time for several years and then worked at Nucor Steel through retirement.
He is survived by a daughter, Cynthia McClure (Michael) of Crawfordsville; son, Allen Wright (Chris) of Marshall; Granddaughter Samantha Freed (Josh) and great-grandson Harper of West Point, Indiana; and a very special friend, Nancy Tate. Also surviving are his sister, Evelyn Hixon; sister-in-law, Susan Harper; and many nieces and nephews.
Jerry is preceded in death by his parents, wife , 2 brothers-in-law, Jim Hixon and Marion Harper and son-in-law, Ron Thorpe.
Visitation will be from 4 p.m. to 8 p.m. on Tuesday, December 17, 2019, at the Marshall Federated Church, 105 North Main St., Marshall, Indiana. Funeral Services will be Wednesday, December 18, 2019, 2 p.m. at the church, with Pastor Brian Holt officiating. Burial will follow at Poplar Grove Cemetery, north of Marshall. Barnes and Rice Funeral Home of Rockville assisted with arrangements.
Memorial Contributions may be made to the Marshall Federated Church Backpack Program, PO Box 57, Marshall, IN 47859 or the Colten Howard Memorial Fund, Fifth Third Bank account ending 6850, 720 N. Lincoln Rd., Rockville, IN 47872.
Published on December 14, 2019
To plant a tree in memory of Jerry A Wright, please visit Tribute Store.

Plant a tree in memory
of Jerry

A place to share condolences and memories.
The guestbook expires on March 13, 2020.

B.J. and Linda Blakesley
Sending our deepest sympathy to the wright family.
Larry and Jennie Larrison
R.I.P. Jerry
View all