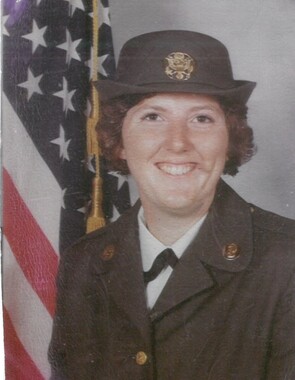 Back to Jacqueline's story

TERRE HAUTE - Jackie Walton, 63, of Terre Haute, passed away on Tuesday, January 21, 2020 at Union Hospital. She was born on June 16,1956 in Terre Haute to John and Mary (Burns) Walton.
Jackie joined the Army in 1978 and she was stationed in Germany for four years. She volunteered for several organizations throughout her life. Having previously lived in Tampa, Florida, Jackie always enjoyed going back to Florida to visit on her vacations.
Jackie is survived by her mother, Mary Walton; two brothers, Don Walton (Nikki) and Rick Walton of Terre Haute; sister-in-law, Rose Mary Walton; and several nieces, nephews and a cousin.
She was preceded in death by her father; brother, Ron Walton; and sister-in-law, Cheri Walton.
Per Jackie's request, private services will be held. She will be laid to rest in Roselawn Memorial Park. Roselawn Funeral Home was entrusted with the arrangements. Fond memories and expressions of sympathy may be shared at:
www.roselawnfuneralhome.net
Published on January 22, 2020
To plant a tree in memory of Jacqueline Sue Walton, please visit Tribute Store.

Plant a tree in memory
of Jacqueline

A place to share condolences and memories.
The guestbook expires on April 21, 2020.

Jean Walton
My thoughts and prayers are with you all today. May Aunt Jackie rest in peace.
Jean and Stephen Walton

Blue Caribbean was purchased for the family of Jacqueline Sue Walton by Jean and Stephen Walton.  Send flowers

The John Gropp family
Rose Mary, I am so sorry to learn that you lost a sister-in-law. We will keep your family and all the Waltons in our prayers. Love, your cousin, Jackie Sue
Tamra Inman
I am very sorry to hear of Jackie's passing. She was one of the sweetest people I have ever met. My condolences to the family. May she rest in peace.
Jeanne McGee Frost
We had so many good times together. I loved your sense of humor and your laugh. May you Rest In Peace, my friend.
View all