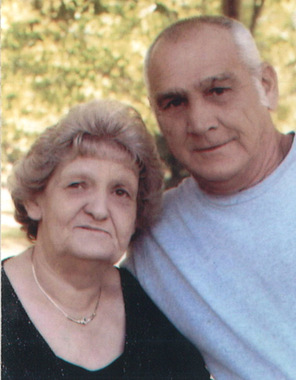 Back to Iva's story

Iva A. "Annie" Howard, 74 of West Terre Haute, passed away at 4:15 p.m. on Tuesday, December 3, 2019 in her residence. She was born in Terre Haute on February 18, 1945 to Jasper Belleu and Florence Thomas Belleu.
Annie enjoyed going to yard sales, working puzzles, and cooking big Sunday dinners for her family.
Annie is survived by two children, Bill Howard Jr. (Marla) and Sue Gillie. She is also survived by eight grandchildren, Billie Jo "Bo" Altman (Jon), David Howard (Shannon), Amber Stark (Josh), Mandy Hayes, Billy Howard III, James Gillie, Cortnee Houghton, and Chelsey Laycock; and fifteen great-grandchildren. She also leaves behind her brother, Frank Belleu, and her sister, Martha Caddell, and several nieces and nephews. She was preceded in death by her parents; her husband William Howard, who preceded her in death on April 3, 2015; a daughter, Nancy Howard; son-in-law Jim Gillie; and siblings Tom Belleu, Cecil Belleu, George Belleu, Joe Eddy, Bonnie Harvey, Stella Belleu, and Lucille "Sis" Baugh.
Funeral services will be held at Fitzpatrick Funeral Home, 220 North 3rd St., West Terre Haute, IN on Monday, December 9, 2019 at 1:00 p.m. Burial will follow at Roselawn Memorial Park. Visitation is scheduled from 11:00 a.m. to 1:00 p.m. on Monday at the funeral home.
Online condolences can be left at www.fitzpatrickfunerals.com
Published on December 5, 2019
To plant a tree in memory of Iva A. "Annie" Howard, please visit Tribute Store.

Plant a tree in memory
of Iva

A place to share condolences and memories.
The guestbook expires on March 04, 2020.