Back to Heinz's story

Heinz Carl Luegenbiehl was born on January 9, 1949, to Hanni Luegenbiehl who was a US Air Force employee in Darmstadt, Germany. He died at his home in Las Vegas, Nevada, on March 1, 2020. He is survived by his daughter, Kelly Luegenbiehl, of Amsterdam, Netherlands, and an aunt (Elke Germann) and 4 cousins in Germany.
Heinz emigrated to California when he was 11 years old after his mother married a US Airman. Speaking little English, he learned quickly and performed well throughout his formal education. He graduated from Los Angeles High School (1967), Texas Christian University (1971, Magna Cum Laude and Phi Beta Kappa), and Purdue University (1976, PhD). He earned a Deutscher Akademischer Austauschdienst (German Academic Exchange Service) grant to study in Heidelberg, Germany while working on his doctoral dissertation.
He was a Professor at Rose-Hulman Institute of Technology (RHIT) in Terre Haute, Indiana from 1977 until his retirement in 2012 after 34 years of service. He taught philosophy courses, specializing in professional ethics. His publications are primarily on engineering ethics, but also on liberal education and the social dimensions of technology. During his tenure at RHIT he served one academic year as a Distinguished Visiting Professor of engineering ethics at the Air Force Academy in Colorado Springs, Colorado. Later, he obtained a Fulbright grant to teach at Nanzan University in Nagoya, Japan. As Chairperson of the Department of Humanities and Social Sciences, he was instrumental in promoting an East Asian Studies program at RHIT that helped to form a bridge across cultures between RHIT and Kanazawa Institute of Technology (KIT) students. Following retirement, he taught for 2 years at University of Michigan-Shanghai Jiao Tong University Joint Institute in Shanghai. Heinz also enjoyed woodworking, travel and mystery novels.
His parents, Hanni and Charles Holland, preceded him in death. A private memorial service will be held at a later date. Memorials may be sent to The American Cancer Society.
Published on March 13, 2020
To plant a tree in memory of Heinz Carl Luegenbiehl, please visit Tribute Store.

Plant a tree in memory
of Heinz

A place to share condolences and memories.
The guestbook expires on June 11, 2020.

Janu Crist
Heinz was a patient host when I visited Debra and him in Ft. Worth, Germany, and Indiana and when they came to Seattle and southern California. He showed us around Munich during Octoberfest. He pointed out a misspelling in my travel journal. I wasn't aware of how very accomplished Heinz was, as described in this memorial. I'm sorry to hear that our interesting and complex friend isn't here anymore.
ROGER Z HAN
We were born in the same year of 1949; and you were six month older than me. From the eastern philosophy, you are always my respected big brother. I really enjoyed the time, the conversation that we had in JI. Hope you'll have a good break in hevean. You're missed by us in China.
Rockwell F. Clancy
Heinz,

You hired me for my first job at the UM-SJTU JI, becoming a mentor and introducing me to global engineering ethics.

I'm grateful for the time we spent working on Global Engineering Ethics (https://www.sciencedirect.com/book/9780128112182/global-engineering-ethics), which turned out better than either of us expected :)

This is a picture from 2012, at the opening ceremony of the China Art Museum, in Shanghai, China. 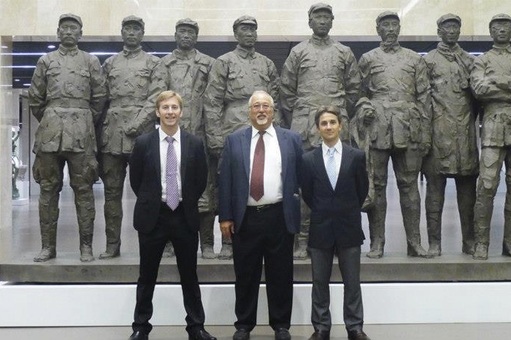 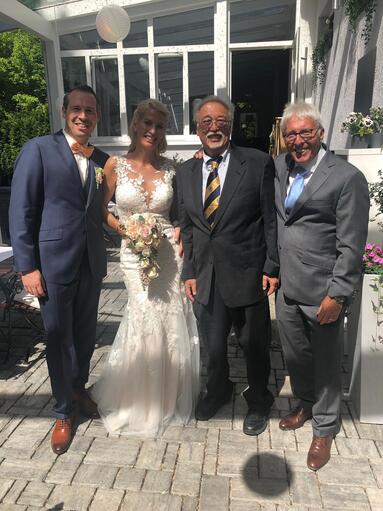 Tim, Nina & Leo Heppenheimer
Heinz you were a very, very good friend to our whole family. Although we could see each other just once in a while, you were always very special and important to us.

Because of you, I had the chance to study in the states. I will never forget how you supported me during that time.

We are very grateful that you still had the chance to attended our wedding on June 1st 2019 and celebrate this very important day with us. We would have loved you to meet our son Leo. Yet, we will make sure we will tell him all about you!

Heinz, we will always keep you in our hearts and memories! 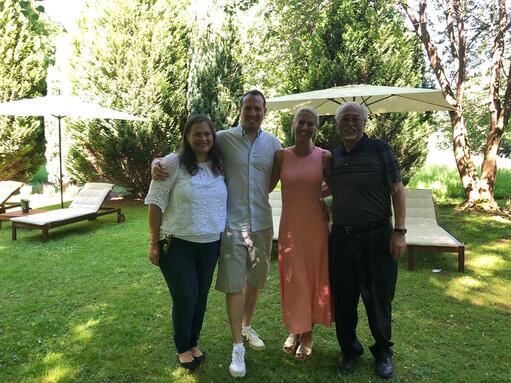 Fred Heppenheimer
With Heinz I lost one of my oldest friends. Our friendship goes back to our kindergarten days and although he already left Germany at the age of 11 we always kept in touch. Heinz , you’ll never be forgotten! Your friend Fred 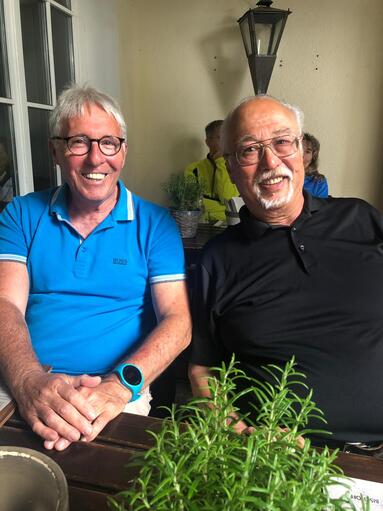 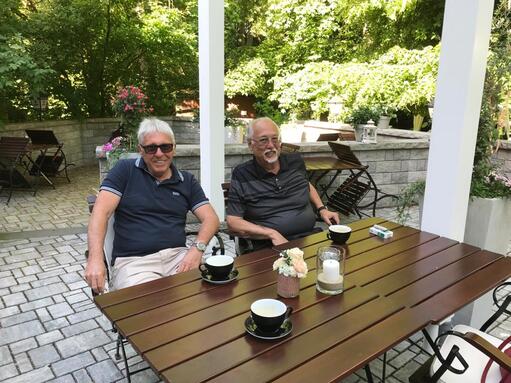 Thank you.
Everytime we've seen us, was a special time.
I hope we will see us again in heaven.
Christine