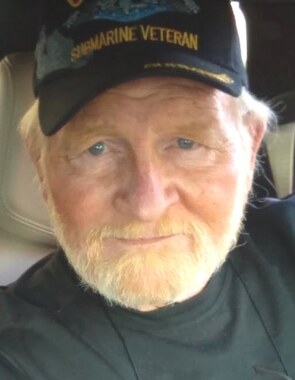 Back to Grant's story

Grant James Dailey, 79, of Terre Haute, died December 2, 2019. He was born in Sedalia, MO on October 31, 1940 to Lawrence J. Dailey and Ada M. Dailey.
Grant is preceded in death by his parents and his brother Larry L. Dailey. Grant is survived by his three children; Dawn M. Standifer (Jerry) of Bradenton, Florida; Lori A. Schneider (Kim) of Indianapolis, IN and Christopher J. Dailey (Katie) of Terre Haute, Indiana. As well, he is survived by his grandchildren - grandson, Logan Lundstrom; granddaughters Karli R. Schneider, Kassidy R. Schneider, and Kaylee M. Schneider; grandsons Daniel J. Dailey, Jack R. Dailey, and granddaughter Claire M. Dailey. Also surviving is a sister-in-law, Nancy Dailey; two nephews, Greg Dailey and Chris Dailey; and a niece, Lisa Brainard.
Grant was a graduate of Parkview High School in Springfield, MO. He was a high school football player, an Eagle Scout, a musician, an artist and a proud member of the United States Navy, Submarine Services.
Visitation for Grant will be held Saturday, January 4, 2020 from 1 p.m. to 3 p.m. at Callahan & Hughes Funeral Home, 605 South 25th Street, Terre Haute, IN. If so desired, memorial contributions may be made to United Way of the Wabash Valley, 100 S. 7th St., Terre Haute, IN 47807.
Published on December 30, 2019
To plant a tree in memory of Grant James Dailey, please visit Tribute Store.

Plant a tree in memory
of Grant

A place to share condolences and memories.
The guestbook expires on March 29, 2020.

A memorial tree was planted in memory of Grant James Dailey.  Plant a tree

Teresa Orndorff & Lummie Wilson
We are sorry to hear about Grant passing Gd be with his family and friends through this Time of need all of our prays and thoughts are with the family and friends
Glenda Cordell
Grant was especially warm to my son when he was very young. He would treat him almost like an adult, and held conversations with him like no one else would. I really appreciated that friendship and influence.
Penny Wilson
I was so sorry to hear of Grant's passing. He was a wonderful man. My thoughts and prayers are with all of his family.
Trude Seprodi
Sail on Grant. Many wonderful memories “sailing on the cool and bright clear water.” My sincere condolences to the family.
Jr wilson
Sorry to hear about your loss great guy
Scott & Margie Bailey
We are so sorry to your family's loss, he was a great man and will be missed.
Diane Cota Ellis
We always got a kick out of your father driving up in his shiny Corvette. Our family is so sorry for your loss and stand ready to help in any way we can. In our prayers...
View all