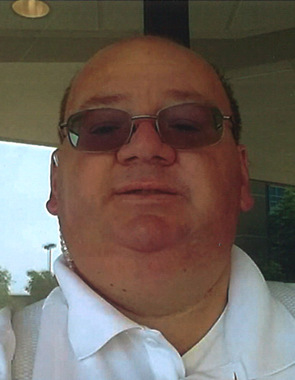 Back to Dustin's story

TERRE HAUTE - Dustin Striegel, 46, of Terre Haute, passed away on Saturday, January 11, 2020 in his residence. He was born in Terre Haute on November 11, 1973 to Marvin Striegel and Mary Pitts Striegel.
Dustin was a member of St. Margaret Mary's Catholic Church, and was active in the Boy Scouts of America, where he served as a committee member and troop leader.
Dustin is survived by his wife Michelle Koester Striegel, whom he married May 11, 2002; as well as their son, Nate Striegel. Also surviving are his mother and stepfather, Mary and Ivan Scott; his father, Marvin Striegel; a brother, Shaun Striegel (Jackie); stepbrother, Reece Scott; and stepsister, Dawn Pritcher. He also leaves behind his mother and father-in-law, Kathy and Gary Koester; sister-in-law, Tricia Holland (Doug) and their children Jack, Claire, Joe, and Callie.
Dustin was preceded in death by his grandparents; Walter and Claire Striegel, Carl and Barbara Farris, and Reece and Elsie Scott; as well as a sister-in-law, Tina Striegel.
Funeral services will be held at Fitzpatrick Funeral Home, 220 North 3rd St., West Terre Haute, IN, on Friday, January 17, 2020 at 1:00 PM, with Father Dan Bedel officiating. Visitation is scheduled for Friday from 11:00 AM to 1:00 PM at the funeral home.
Online condolences can be left at:
www.fitzpatrickfunerals.com
Published on January 14, 2020
To send flowers to the family of Dustin Striegel, please visit Tribute Store.

Send flowers
in memory of Dustin