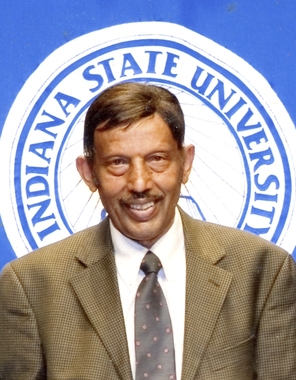 Dr. P.G. Aaron, 86, of Terre Haute, passed away Wednesday, March 25, 2020 in Union Hospital. He was a member of World Gospel Church in Terre Haute. He was born in South India, on April 8, 1933, and immigrated to the USA in 1969. He received his Ph.D. degree from the University of Wisconsin in 1965. Aaron obtained his M.Sc. degree in Biology from Madras University, India. He was professor of Educational and School Psychology at Indiana State University from 1969 until 2010. Dr. Aaron was a recipient of the Fulbright and Smith-Mundt fellowships, and in 1980, he received the prestigious Albert Harris Award for his research on reading disabilities, from the International Reading Association. Dr. Aaron dedicated his life to teaching his students at I.S.U. how to teach, and spent decades researching reading disorders with a special emphasis on Dyslexia. He edited and wrote several books on the subject, including Dyslexia and Hyperlexia (1989). Aaron lived in Terre Haute since 1969, and was active in the community contributing to Happiness Bag Center. He is survived by his loving wife of 54 years, Mrs. Shanthi Aaron, his son Sunder Aaron, daughter, son-in-law Vasantha Aaron (Sean Gussick) and two grand-daughters. Graveside services are March 27 at 1:00 p.m. at Mt. Pleasant Cemetery with pastor Alfy Austin officiating. The family suggests that in lieu of flowers that contributions be made to Happiness Bag Inc., 3833 Union Road, Terre Haute, IN 47802. Greiner Funeral Home, 2005 North 13th Street, was entrusted with arrangements. Online condolences may be made at www.greinerfuneralhome.com
Published on March 26, 2020
To plant a tree in memory of Dr. P.G. Aaron, please visit Tribute Store.

Plant a tree in memory
of Dr. P.G.

Rita Ghosh, Swapan Ghosh
Our Deepest Condolences to Aaron Family! we'll all miss Dr. Aaron. He was a friend, a colleague, and a great scholar. His students, friends and the community would always celebrate his life and legacy. May his soul rest in peace and tranquility.
Sabitha Doraiswsmy

Shanthi the loss is great.No words can console you.We are here your friends to support you.may his soul rest in peace.My heartfelt condolences to you all

Sabitha Doraiswamy
Shanthi it's a great loss to you.Time alone can heal.my heartfelt condolences to you and family.We are all here to support you mentally.
Joshis: Malt, Rekha, Neil, and Sunil

A memorial tree was planted in memory of Dr. P.G. Aaron.  Plant a tree

A memorial tree was planted in memory of Dr. P.G. Aaron.  Plant a tree

Manjula & Nicodemus
We always felt inspired by the annual visits of the Aarons to our friendly neighbours, Geetha and Augustine in Coimbatore, India. We will ever remember his gentle greetings and the blessing he used to send through a mere waving of hand. Rest in peace Sir and our deepest condolences to the family.
Neha finney
A beautiful soul as lovely as his paintings. May he Rest In Peace!
Geetha Augustine & Augustine Selvaseelan
We miss you very much, our dear brother, Aaron. You were always cheerful,kind and loving. Our fond memories of your interesting conversations and helpful nature,will be remembered forever. Whether it was a game of Scrabble or Caram, you always won. And, you were a walking dictionary. With aching hearts we bid 'good-bye' to you, with the only hope that one day "we shall meet on that Beautiful Shore".
May the good Lord comfort & strengthen the hearts of all our family members. 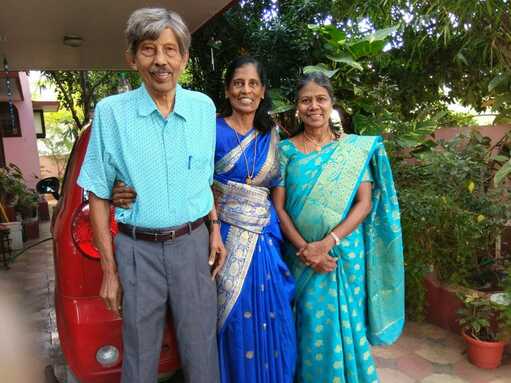 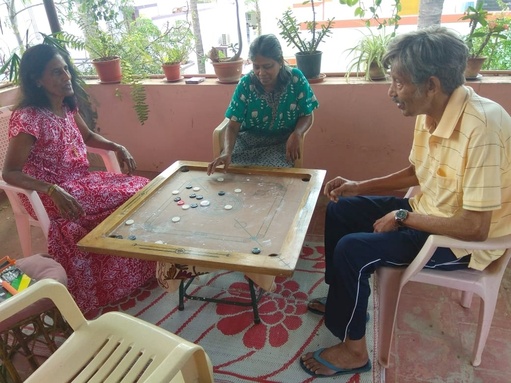 Joshis: Malt, Rekha, Neil, and Sunil
Saheb brought me from India about 55 years ago and what little I have accomplished, personally and professionally, is largely attributable to his love, guidance, and support. How can I express the loss in words? Miss you tremendously. Shanthima, Tete, and Kutti, be strong and heartfelt condolences.
Larry and Dixie Swan
We’re so sorry Shantha. May His Holy Spirit comfort you! Our love and prayers are with you and your family!
Dan & Sue Rogers
It has been our honor to know Aaron for the past ten years since he and Shanthi came to WGC. We all became close friends. I will always remember Aaron as a quiet, kind and considerate man. It was my great pleasure to travel to India with them, to tour his native country and his original family home.
It is good to know he is rejoicing with other believers who proceeded him to Heaven. We will see you again someday dear friend P.G. Aaron❣
View all 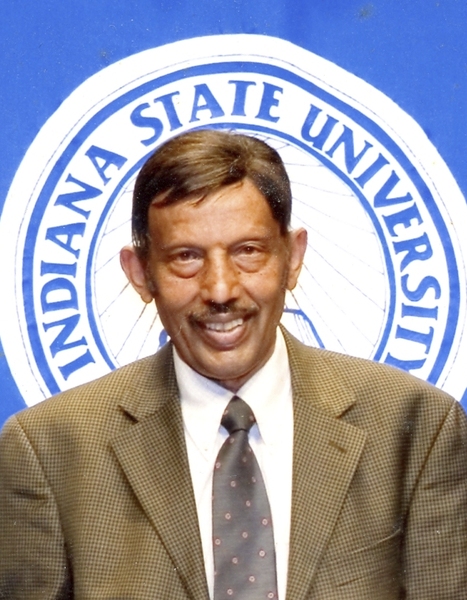