Back to Douglas's story

Douglas W. Smith, 74, died at his home in Terre Haute, Indiana on February 10, 2020. He was born on February 10, 1946 to Stanley M. Smith and Shirley Koch Smith. He was preceded in death by his father (1969), his son David C. Smith (1993), and his mother (2019). Survivors include his wife María Jiménez and his brother Craig S. Smith (Martha).
Doug graduated Valedictorian from Indiana State Laboratory School (State High) in 1964. In his senior year, he helped lead the Young Sycamores to a winning basketball season, in the process delivering a loss to an undefeated Terre Haute Garfield team, then ranked number-one in the state. When he completed his Bachelor's and Master's degree in Mathematics at Indiana State University, Doug continued his studies at the University of Utah. While in Salt Lake City, he met his future wife María. They married in Terre Haute in June 10, 1970.
After serving as an Instructor of Mathematics at Indiana State University, Doug joined GTE in 1974. Over the course of the next seventeen years, he advanced into sales and marketing and continued work in various positions for GTE, first in Terre Haute, then in Noblesville, Indiana, and finally in Dallas-Fort Worth. Doug had a successful business career achieving the title of Senior Account Manager for a four-state region when he decided to return to the classroom.
For two years Doug taught in the Dallas School District in the experimental program "Project Seed." The goal was to introduce principles and concepts of higher Mathematics to elementary school students. The project was remarkably effective. It provided both higher self-esteem and significantly improved performance. It also had a profound effect on Doug's teaching method.
In 1993 Doug joined the staff of Tarrant County College (TCC) as a Clinical Instructor in the Math Department. The position offered the chance to work with both remedial students and those struggling with the challenges of Algebra, Geometry and Calculus. For Doug it was an opportunity to "cure" kids of their math phobia and help the occasional young scholar see the pure beauty of mathematics. After a few years as a Clinical Instructor, Doug joined the Mathematics faculty at the rank of Associate Professor.
In 2003, he was named Teacher of the Year by the Science and Technology Division. During his eighteen years at TCC, Doug was a leading member in a number of Campus and District committees, including Salary and Benefits, the President Selection Committee, and the Chancellor Selection Committee. For more than a decade he was the coordinator of the TCC Mathematics Competition. Under his direction, the honorarium for the winner of the competition grew from $200 to a full academic scholarship to the prestigious Texas Christian University (TCU) in Fort Worth. Four of Doug's students who won these scholarships subsequently became "outstanding Senior Scholar" in TCU's Mathematics Department.
Doug retired in 2011 from TCC. In 2013 Doug and María moved to Terre Haute to be near his mother whose health had had a series of setbacks.
Doug's hobbies included basketball, which he played into his fifth decade (and only gave up after one knee replacement and one shredded elbow), pool and duplicate bridge. Although he won a great many trophies in various league contests in Texas, his pool-playing highlight came one night in Terre Haute when he and his good friend Chuck Brennan played against Terre Haute basketball legend, the great Larry Bird (and his team mate Brad Miley). At bridge, Doug earned the rank of Bronze Life Master with the American Contract Bridge League. He appreciated all his partners, but he loved playing with his brother Craig. They traveled to many cities in the United States to play in tournaments. Meanwhile Doug figured out the way to play with his brother online and Tuesday afternoons became sacred and time and space bent so the Smith brothers could Skype and play bridge from Terre Haute, Indiana to Lucerne, Switzerland. No awards or points were involved in these contests against Artificial Intelligence, but for both brothers it was the Game of the Week.
Doug was truly warm-hearted and generous. His home was always opened to family members or friends in need of a place to stay for a few days or a few months. Thanksgiving in Texas was a gathering of family, friends and many "orphan" students. The Good Eats Club (as such christened by friend Larry Crowder) was the highlight of the last twelve years in Hurst, Texas - dear friends, wonderful food and unending libations. There was always animated political talk and many games of pool to pass the hours.
Doug will be missed - his quiet strength, his sense of justice and fair play, his love of family, and his non-judgmental attitude made him a dear friend to many and a treasure to his family.
In accordance with his wishes there will be neither a funeral nor a memorial. In lieu of flowers, he preferred that any contributions be given to the Terre Haute Symphony or the Indiana State University Foundation.
Published on February 13, 2020
To send flowers to the family of Douglas W. Smith, please visit Tribute Store. 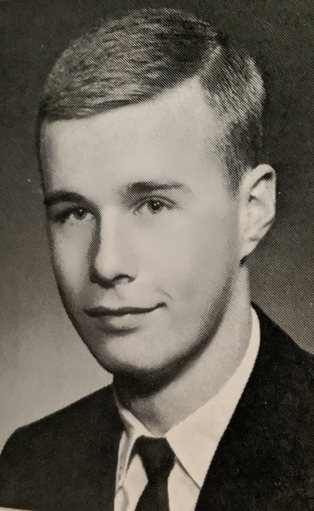 Send flowers
in memory of Douglas

A place to share condolences and memories.
The guestbook expires on May 13, 2020.

Jane Totten Isenberg
I’ve known Doug since I was 15 years old. He was my first boyfriend in High School and remained a friend throughout. I was happy to reconnect with him at a reunion in 2015. Craig and Maria, please accept my sincerest condolences for your loss. He is gone too soon.
Brenda Price Taylor
May my friend of many year at State High and thru our reunions rest in peace.Maria & Craig I am truly sorry for your loss. But we are all better off for knowing him. He made this world a better place for all who knew him. God Bless.
Sharon Smith
Doug was a wonderful friend as a young man and will be remembered fondly.
John Hovey
Went to high school and played basketball with Doug. Sadly missed
View all