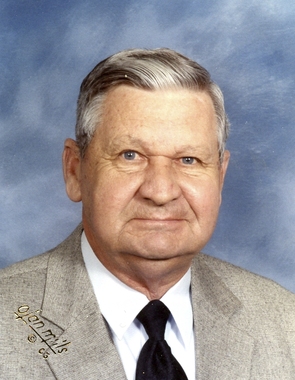 Back to Carl's story

Carl Allen Pinkston, 79, of Terre Haute, IN passed away in his residence on February 9, 2020.
Born July 8, 1940 in his grandparent's bedroom in York, Illinois to Herbert and Velma (Jane) Bonesteel Pinkston.
Carl graduated from York Elementary school in 1954 and Hutsonville High School in 1958. He served in the U.S. Army Reserves for 6 years. He had a brother-like friend James Allen that he spent years enjoying his company. Carl married his high school sweetheart, Carol Chapman from Annapolis, Illinois in July of 1959.
He worked for a short time at the Heath Candy Factory in Robinson, Illinois and then spent the next 43 years as a heavy equipment operator out of Local 841 of the International Union of Operating Engineers in Terre Haute, Indiana. Some of his union brothers knew him for his love of bananas and Nutter Butter cookies. He believed in unions and wore his union hat proudly and served on the board of his local union for several years.
Driving around Terre Haute he would talk about the many places he had worked, sometimes building new and sometimes demolishing the old. Asked what he did, he would say dig a hole one day and fill it back in the next day. Terre Haute might not be here if not for him and Don Jeffers A.K.A. The A-Team, who worked together for many years on many, many jobs. He provided for his family well.
Survived by Carol his wife of 60 years, son Michael and (Suzy) Pinkston, grandchildren Matthew and (Jessie ) Graham of Terre Haute, (Paul) and Alyssa Caputo of Portsmouth, VA; Elizabeth and Nathan Pinkston of Terre Haute; great-grandchildren Kaydence and Josey Young, Leviathan Graham, Phoenix and Grifin Caputo, and several special cousins. Also surviving, are brother-in-law, Chuck Meeker, nephew, Doug Meeker, and niece, Diann Krause.
Preceded in death by his father Herbert Pinkston, mother Velma (Jane) Pinkston and daughter Jeanne Graham Pinkston.
Visitation is Friday, February 14, 2020 from 4 pm to 7 pm in Greiner Funeral Home, 2005 North 13th Street, Terre Haute, Indiana, 47804. Services are scheduled Saturday, February 15, 2020 at 12 noon, there will be an hour of visitation prior to the service. Reverend Andy Fishback and Monte Vincent officiating. Burial in Mount Pleasant Cemetery. Donations can be made to the Terre Haute Humane Society. Online condolences can be made at www.greinerfuneralhome.com
Published on February 11, 2020
To send flowers to the family of Carl Allen Pinkston, please visit Tribute Store.

Send flowers
in memory of Carl

A place to share condolences and memories.
The guestbook expires on May 11, 2020.

matt schalburg
I had the opportunity to get to know Carl when I worked for S&G Excavating as a truck driver we word to together on the truck scales out on I70 became fast friends and we're neighbor's too as I live on Hulman near you I'm very glad I got to him we stayed friends all this time so srry for your loss Sincerely Matt Schalburg
Pat Vanoven
My most favorite guy cousin!
Dottie Freeman Manuell
Growing up with Carl was so much fun. We had a great time playing with the Winger girls (my cousins) and attending the school of hard knocks in Ole york. You had to be tough to survive, but we did. I'll miss him!

Beautiful in Blue was purchased for the family of Carl Allen Pinkston.  Send flowers