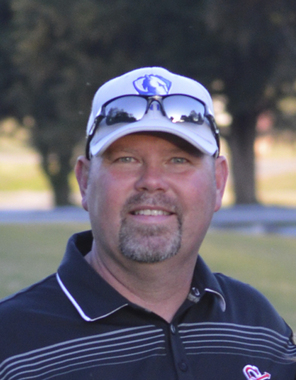 Back to Brian's story

TERRE HAUTE - Brian Keith Pickens, 56, of Terre Haute passed away Tuesday, January 28, 2020 in his residence surrounded by his loved ones.
He was a teacher and coach at Terre Haute South Vigo High School, where he taught ancient and modern world history and sociology.
He was born March 13, 1963 in Terre Haute to Clifford Pickens, Jr. and Marjorie (Tryon) Pickens, who preceded him in death.
Brian is survived by his wife, Donna (Wyant) Pickens; daughter, Alexandra Pickens (Daniel Hildebrandt); brothers, Dale A. Pickens (Jamie), Gary L. Pickens (Mary), and Bruce K. Pickens (Sandi); sisters, Teresa J. Pickens and Coral J. Pickens; parents-in-law John and Elaine Wyant; sister-in-law, Michelle Whitener (Monte); brother-in-law, Eddy Wyant (Rebecca); and numerous nieces, nephews, great-nieces, and great-nephews.
Brian was a 1981 graduate of Terre Haute South Vigo High School and attended ISU where he played baseball prior to joining the United States Marine Corps in 1983. He graduated in 1993 from Lenoir-Rhyne University and earned his master's degree from Olivet Nazarene University in 2007.
Brian was most proud of his time in the Marines from 1983 to 1987 and reserves until 1989. He traveled to 17 countries and made friends who have lasted a lifetime.
At South High School, Brian coached and officiated football and coached baseball for 26 years. He made lasting impressions and was a positive influence both in the classroom and on the field. Brian was loved and respected by family, friends, students, and colleagues. His greatest passion was watching Alexandra play golf.
A gathering of friends and family will be Sunday, February 16, 2020 from 1:00 until 4:00 pm at Terre Haute South Vigo High School with a celebration of life starting at 4:00 pm. In lieu of flowers, the family suggests that for those who desire, memorial contributions may be made to: Semper Fi Fund or Ouabache Valley Felines & Friends. Online condolences may be left at:
www.debaunfuneralhomes.com
Published on January 30, 2020
To send flowers to the family of Brian Keith Pickens, please visit Tribute Store.

Send flowers
in memory of Brian

A place to share condolences and memories.
The guestbook expires on April 29, 2020.

Aaron Burke
Brian was a gifted natural athlete and a walking Sporting News. Any sports disagreements or trivia arguments in 3\6 Comm USMC were resolved by consulting Brian. Brian had a big heart and was more openly expressive of his feelings than most of his fellow Marine communicators. Condolences to Brian's wife Donna, his daughter Alexandra, and his best friend Dale Bandi.

Beautiful in Blue was purchased for the family of Brian Keith Pickens.  Send flowers

Pamella Condra McFall
My condolences to Brian's family. This saddened me so much to hear about his passing. I knew Brian since we were in elementary school together, he was always kind & funny..one of the BEST people I ever knew..how very missed he will be....
Laura McBride (Kirkwood)
Donna, I was so sorry to hear of Brian's passing. I wish you and Alexandria peace and comfort.
Former player
Brian was a great example of how to carry yourself as an athlete and a citizen.
The Chagares Family ..🙏🏼🙏🏼
Tim and Sue Jarvis
We are so sorry to hear of Brian's passing. I did not know Brian well but I do know he was a dedicated husband, father, son, brother and a friend to so many. I also know he made a difference in so many young men and women who had a pleasure to be his student or coach.

We are sorry that we will be out of town for His dedication of life. We pray that you feel God's loving arms around you during this difficult time.

RIP Coach!!
Pamela McKay Malone
Donna, I am so sorry for your loss. Prayers for comfort to you and the family.
Barbara Turner Williams
I was so sorry to hear that Brian died. His loss leaves a big hole for his family, the greater Pickens family and his school family. Cherish your good memories.
View all